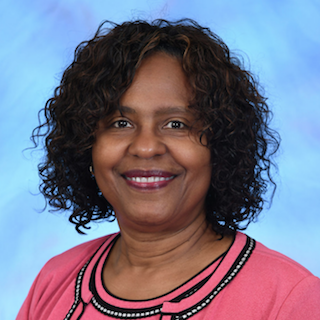 Avice is the Senior Director of Community Relations for the City of Knoxville. She is a Knoxville, TN native, and earned her Bachelor of Science in Mathematics at Knoxville College and Master of Ministry and Doctor of Ministry at Covington Theological Seminary. In addition, Avice has earned the Professional Project Management certification and is a certified 21st Century Leadership Facilitator with Leadership Knoxville. She is very active in the Knoxville community and serves on several boards including Community Television of Knoxville, East Tennessee Foundation, Home Federal Bank, Knoxville-Knox County Community Action Committee, and Women’s Fund of East Tennessee. Other past and current community involvement include The United Way of Greater Knoxville, Alpha Kappa Alpha Sorority (Alpha Pi Omega Chapter), Alpha Pi Omega Foundation, University of Tennessee Law Enforcement Advisory Committee, Leadership Knoxville Introduction Knoxville Committee, Covenant Health System Quality Improvement, and Professional Relations Committee, Executive Women’s Association, Helen Ross McNabb Foundation, YWCA of Knoxville, American Red Cross. Avice has received recognition for her outstanding work in the community by the Girl Scouts of Tanasi Council as a 2009 Women of Achievement Honoree, and by the Iota Phi Lambda Sorority, Incorporated as the Bronze Woman of the Year (2001-2002). In 2016, Avice was selected by the YWCA to receive the Lifetime Achievement Award at the 32nd annual Tribute to Women awards. She and her husband, Gary, have two daughters, three grandsons, and one granddaughter.