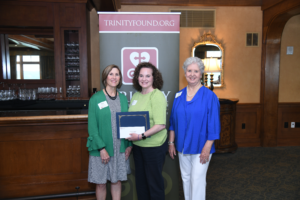 Mental Health America of the MidSouth (MHA), which provides administrative oversight for Tennessee Suicide Prevention Network (TSPN), seeks a planning grant to support efforts to prevent youth suicide in East Tennessee. TSPN is charged by the governor to teach communities effective suicide prevention/intervention techniques that can be used by parents, peers, educators, and non-mental health professionals alike, with the intention of reducing suicide rates statewide. In addition to its administrative oversight from MHA, TSPN also reports to a gubernatorial-appointed Advisory Council. Youth suicide is an issue in Tennessee. As of 2017, suicide is the leading cause of death for young people ages 10-17 in Tennessee, with one person in this age group lost to suicide each week. In the past three years, the area around Knox County has averaged more than five youth/young adult suicides per year. We believe with proper prevention efforts, these deaths can be prevented. The Tennessee Suicide Prevention Network’s plan to reduce East Tennessee youth suicides includes: • Communicating with public and private K-12 schools, technical schools, colleges, and universities in Anderson, Blount, Grainger, Jefferson, Knox, Loudon, Roane, Sevier, and Union Counties to lend expertise on how best to prevent youth suicide • Working with regional TSPN Advisory Council members to create outreach plans for each county • Scheduling QPR (Question, Persuade, Prefer) workshops for teachers, school employees, and parents throughout the eligible nine-county region • Training 15 new QPR trainers in the nine counties • Providing prevention resources to schools, afterschool programs, and other entities that serve young people.