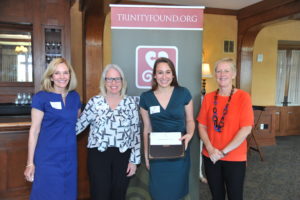 YWCA Knoxville and the Tennessee Valley

The YWCA Knoxville and the Tennessee Valley requests funding to begin developing a mentoring program to address violence among Knox County middle-school girls with special attention to African Americans and Latinas. Teachers and after-school staff report an increase in girls’ violence and aggression against their peers, which puts them at greater risk of unhealthy partnerships in the future. After the success of the GameChangers program for boys, the YWCA aims to create a similar program targeting girls, which will decrease girls’ violence, improve relationships, build a foundation for healthy families, and serve as a model for the rest of the country. Phase 1 will involve a needs assessment to determine strategies for implementation of Healthy Girls Today, Strong Families Tomorrow. Intended collaborators include GameChangers partners, such as Knox County Schools, Great Schools Partnership, Knox County District Attorney’s Office, Big Brothers Big Sisters, Centro Hispano, Community Coalition Against Human Trafficking, Emerald Youth Foundation, and Knox Area Urban League, as well as organizations that target girls, such as Girl Talk and Girls Scouts. The YWCA had significant success obtaining and leveraging funding for GameChangers and plans to package both curricula for national distribution.