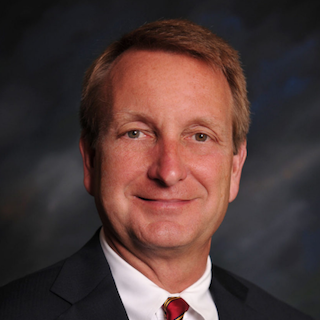 Jerry serves as the Executive Vice President and Chief Operating Officer of White Realty & Service Corporation in Knoxville, Tennessee. Jerry received his Bachelor of Science in Business Administration from the University of Tennessee in 1980 and earned his Certified Property Manager (CPM®) designation in 1995 and Certified Commercial Investment Member (CCIM) designation in 1996. Jerry entered the commercial real estate industry in 1989 after the sale of the operating assets of White Stores, Inc., (now White Realty) a regional grocery chain based in Knoxville where he has been employed since 1974. Jerry has served as a board member of Leadership Knoxville, The Community School of the Arts, Chair of The Smoky Mountain Boy Scouts Friends of Scouting Campaign, and The National Advisory Council to the United States Conference of Catholic Bishops. Jerry is a graduate of the Leadership Knoxville Class of 2005. In 2012, Jerry was the recipient of the Impact Award and the Deal of the Year Award given by the Greater Knoxville Business Journal, East Tennessee CCIM Chapter, and Knoxville-Oak Ridge Innovation Valley for his work in the development of the Dowell Springs Business Park. Jerry also served as the Building Committee Chairman for the new Cathedral of the Most Sacred Heart of Jesus. He is married to the former Ann McCabe and has two grown children and five grandchildren.